The hotel manager graced us with a bucket of champagne to celebrate our accomplishments.

With so much to celebrate as many Moscow veteran HSCT patients approach their 1-year, post-transplant birthdays, a select group of my SOFA (Sisterhood of the Fedorenko Alliance) sisters, who are far enough into their recovery to safely travel, took the opportunity to meet in Dallas to savor our successes together and, for several of us, meet face-to-face for the first time.  These are women who have been there for each other 24/7 for over a year, before, during and after their stem cell transplants.  One of the sisters, Kristy Cruise, from Australia, comes to the U.S. once every two years to visit her in-laws.  2014 was one of those years and we didn’t want to miss out on a chance to gather. What we thought was going to be a relaxing few days, turned out to be a mini media tour with tons of sister laughs, good wine, good food and a few tears sprinkled in. One of the sisters, Vicki Wilson, who flew in from Little Rock, Arkansas, contacted several television stations in the Dallas metro area to share our story of triumph and the unique bond that we all share.  ABC and CBS heeded the call and came to interview all of us at the NYLO Hotel where we were staying.  The ABC segment featured all of the sisters together, whereas, CBS decided to take the local angle and featured our very own police officer, Sheli Godbold, who lives in a Dallas suburb.  We kept the hotel staff hopping and the hotel guests guessing as the local media and their camera crews set up their encampments throughout the hotel.  I was even stopped in the lobby by a group of business associates who had seen us on television and wanted to know all about HSCT.  Score!!  Media tour success!!!  Both interviews can be viewed below.

During our ABC interview. 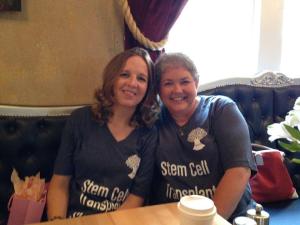 In addition to being picked up at the airport by my gracious sister, Lisa Stallings, who gave me an awesome tour of the Gas Monkey Bar & Grill, then Garage, with her BFF Cindy Cathey, I had the privilege of meeting the woman who made it all possible for me to find out about HSCT and, in particular, HSCT in Moscow, through her fantabulous blog, Amy Goes Ninja on MS.  It was an incredible moment with lots of chills (at least for me) ha ha, and that comfortable feeling that I had known her forever.   The entire trip was a dream come true for me, and, quite frankly, there is no way in hell that I could have made this trip alone just a little over a year ago, without a trekking pole, no less (see pics).

Taken after my not-so-graceful, yet, victorious trek through the airport.

I took lots of wonderful pics throughout the week, so, I’ve chosen my favorites and have posted them below (they are clickable).  Until my next post, cheers to HSCT!! 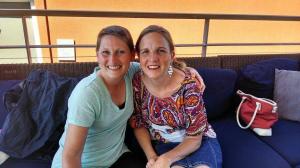 Me with the Ninja extraordinaire, Amy Peterson 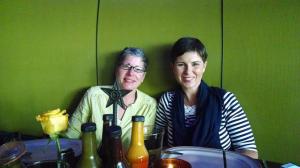 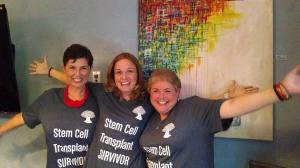 Vicki and me at Toulouse 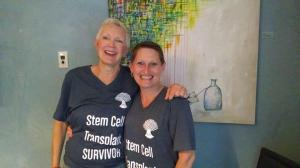 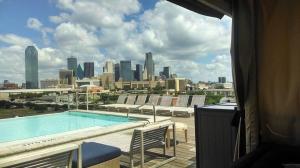 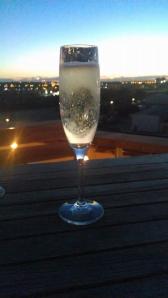