Today (Thursday) is the day that we began to KILL my MS…with chemo.  Here’s how it works.  First of all, my MS does not reside in my stem cells.  It resides in my T-cells.  The chemo that I am currently being administered is killing off my T-cells that contain the MS abnormality, along with the rest of my current immune system.  Next Tuesday, when my recently extracted stem cells are transplanted back into my body, they will serve as the “rescue” team.  They will act as new “seeds” from which I will grow a new immune system that is free from MS.  We are wiping my immune slate clean, and starting over!!   I want to make one thing very clear.  If you do not utilize chemo, you will not obliterate the MS abnormality or your current immune system.   You may see similar treatments being touted around the world that may provide for just an injection of stem cells, but no chemo.  They are not valid/viable treatments.  Unless, of course, you only want to spank the MS, instead of beating it into submission.

My first run of chemo meds began this morning at 11:00 a.m. on the dot…that’s just how they roll around here.  For some reason, I thought it was only going to be for an hour or so…not.  It’s 4:30 p.m. and I’m still on the drip.  No biggy.  It’s not like I have any plans or anything!  ha ha  The chemo is not the first bottle of fluids that I received in this regimen.  I received other IV conditioning/protective agents (MESNA, etc.) as well as constant fluids so as to avoid having the chemo settle into the organs.  For safety’s sake, it must be constantly moving.  Almost forgot…During chemo, I also received a Heparin injection in the abdomen to avoid thrombosis.  In addition to all of the IV medication, the amount of pills that I will be taking four times a day, has been completely ramped up.  I used to take one pill twice a day.  Now, I’m taking seven or more every six hours.  These include antibiotics, anti-nausea meds, and a laundry list of preventive meds that keep my health one step ahead of the game and the chemo at all times.  That is their specialty here.

So, wow, Brooke, your first big chemo run.  How was it?  How about those side effects?  Any burning in the nose?  Change in taste?  Glassy eyes?  No, no, and no!  I’m convinced that I’ve been living with so many side effects of MS for so long, that nothing else really phases me anymore.  On any given day, I could wake up with something that is numb or dysfunctioning.  It’s just a way of life.  It’s serving me well here as I’m constantly waiting for the other symptomatic shoe to drop…and it doesn’t.  This is where my philosophy of “expect the worst and anything else is a gift” is playing out nicely for me.  And, let’s not forget the horror stories about having to use the restroom, accompanied by your IV pole, every 10 minutes while your chemo runs…NOTHING, NADA, ZIP!

I continue to remain cozily holed-up in my bright and cheery “box” in this world-renowned facility.  I want for nothing and I know that at the ring of a bell, a nurse will be at my door.  I’m not a bell-ringer, though.  I don’t want to be labeled the “needy American”.  ha ha

TIP OF THE DAY:  Shower Shields (see pic below)– today I had my first shower since having my Hickman line installed.  Before I came to Russia, and while Jeff and Tammy were still here, they described to me how you had to protect the line while in the shower.  Well, of course, the Google queen knew that there had to be a solution somewhere.  I found Shower Shields, reasonably priced, on Ebay.  Click on the pic and it will take you straight to the Ebay site.  I used one this morning and they worked like a charm.  It would have been difficult/dangerous for me to keep my balance, hold a towel on my chest and try not to get my line wet.  Well worth the purchase.

Shower Shield. Protects your cath line while in the shower.

NOTE:  Oops, Dr. Fedorenko wanted to clarify that it is NOT a Hickman line.  It is a Central Venous Catheter (CVC).  From now on, I will refer to it as my “cath line”.  He also divulged that it was “special” because of its silver ion impregnated cuff for more aseptic usage (snazzy!).  I told him “Too much information.” (makes me woozy).

A Little about Last Night…

Admission:  I woke up at about 4:00 a.m. this morning, virtually unable to move.  I felt like I had a concrete corset on and was only able to take very shallow breaths.  Why?  Well, the “fullness”, which is common following cath line placement, was taking its toll.  For me, who lives with a ribcage that holds me in a constant vice, the line was just what  my muscles needed to set off spasms.  So, what do you do? You lie still, breath shallowly, and private message your comrade in Hawaii, Jeff, who just had this done a few weeks ago!  LOL  He assured me that it would pass within a couple of days.  That was enough for me.  I fell back to sleep, and by the time I woke up, though on uneasy footing, I was able to rally.  Crisis diverted!!

Oh, GEEZ, this is the part where I eat my words…”Michael Row Your Boat Ashore, Hallelujah!”  They weren’t kidding about the potty breaks!!!!

I’m sitting here waiting for another IV run of something that they are bringing at 7:00 p.m., and then, tomorrow morning at 11:00 a.m. the killing will continue.  I want to invite you to get into the “zone” with me tonight, by clicking on the logo below, and listening to a song from the Hunger Games soundtrack called The Ruler and the Killer Baby.  It has an incredibly primal sound to it, and for one who likes to visualize making something happen, I think it sets the perfect tone for my chemo on its warpath to kill my t-cells.  If you want, wait until it’s dark,, close your eyes, listen to all of the words, and you’ll be right there banging your head and slaying the dragon with me.  My chemo is the Ruler and the Killer baby!! 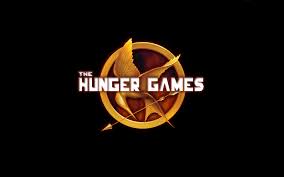